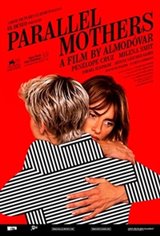 Two women, Janis (Penélope Cruz) and Ana (Milena Smit), share a hospital room where they are going to give birth. Both are single and became pregnant by accident. Janis, middle-aged, is thrilled. Ana, an adolescent, is scared, repentant and traumatized.

Janis tries to encourage her while they move like sleepwalkers along the hospital corridors. The few words they exchange in these hours will create a very close link between the two, which by chance develops and complicates, and changes their lives in a decisive way.