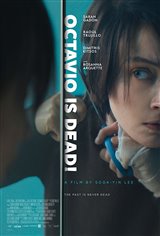 A cryptic tale with no lack of sexual undertones, Octavio is Dead! follows Tyler (Sarah Gadon) on an adventure of self-discovery.

Tyler escapes her overbearing mother (Rosanna Arquette) and travels to the rich and surreal world of her deceased father, Octavio (Raoul Trujillo), a father she never knew. She discovers that “the past is never dead” as she navigates her own sexual identity and the occult. Her ability to know the difference between fantasy and reality becomes an obstacle for Tyler, and she speaks to her late father who tells her that “you can’t hide forever.”

This is a story of man against himself where the man is unsure if he even is a man.