Nail in the Coffin: The Fall and Rise of Vampiro 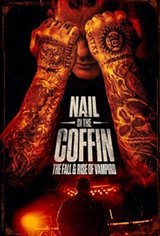 Semi-retired professional wrestler Ian Hodgkinson reveals the harsh realities behind the glamour of being in the world of wrestling as the infamous 'Vampiro'. A Lucha Libre legend, Hodgkinson tells the astonishing story about his meteoric rise to fame in the 90's and how it almost killed him.

Yet none of that was as back-breaking as his current life - working behind-the-scenes as the Director of Talent for Lucha Libre AAA in Mexico City and Lucha Underground in Los Angeles, while simultaneously raising his teenage daughter Dasha in remote Northern Canada as a single parent.