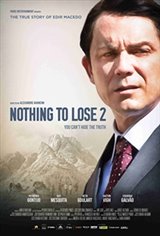 Filmed in Brazil, Israel and South Africa, this is the second and last film based on the series of books written by the journalist Douglas Tavolaro on the life of the Universal Church of the Kingdom of God founder Edir Macedo.

While the first showed the spiritual search of Macedo from childhood to the emergence of the Church, this continuation focuses on the growth of the Church for the world. Especially in the most controversial cases involving denunciations and attacks on the bishop and the church he helped to create.

Betrayals and politics intertwine while simultaneously Macedo also has to face both the death of his mother and the collapse of the temple in Osasco with a large number of victims.

Through it all he perseveres clinging to his faith and ultimately after a pilgrimage to Mount Sinai resurfaces to lead the proliferation of his Faith and the construction of new temples, including the temple of Solomon in Brazil.