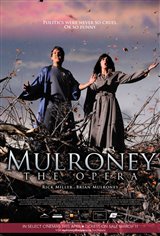 The story begins in 2002 as Brian Mulroney, Canada's 18th Prime Minister, arrives at the House of Commons for the unveiling of his official portrait. After a less than enthusiastic introduction from Jean Chretien, Mulroney bemoans the lack of appreciation from a country that has wholly misunderstood him, and begins to bend the ear of an unsuspecting security guard.

Mulroney tells his story: from the early days in Baie Comeau, to meeting and marrying Mila Pivnicki, and from his sweeping win of the Prime Minister's office, to the controversies that have plagued him ever since.