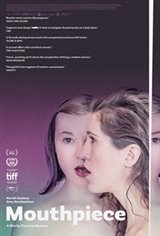 Following the sudden death of her mother, Cassandra (Amy Nostbakken & Norah Sadava) finds herself in crisis, unable to think straight with a debate raging inside her head as she tries to organize the funeral.

Filmed in Toronto, Ontario with a mostly Canadian cast and crew.