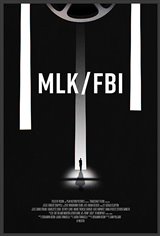 In the 1950s and '60s, when Black people started mobilizing to fight racial discrimination, Hoover saw the movement as a communist plot. Rather than support equality, the FBI sought to undermine King through wiretapping and blackmail, in what former FBI director James Comey calls "the darkest part of the bureau's history."

King’s life was cut short at age 39. Hoover’s FBI reign lasted 48 years. Today, we see their legacies continue in a new wave of protests and pushback. This film is a crucial way to connect the past to the present.