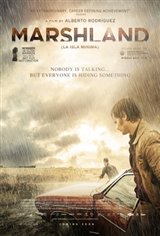 Spain, September 1980. Investigators Pedro Suárez and Juan Robles arrive in a village in the Guadalquivir Marshes to investigate the disappearance of two teenage sisters. Pedro, a young officer who just wants to get back home to his pregnant wife in Madrid, feels contempt for veteran policeman Juan, whom he accuses of shaking down bar owners and prostitutes. The investigators get their hands on a clue suggesting that girls were murdered. Soon after the bodies are found in a rice field and according to the coroner, the victims were tortured, mutilated and raped.

Continuing their research, Pedro and Juan learn that two similar cases occurred in 1978 and 1979. They soon suspect Quini, a charming but arrogant young man who knew all the victims, but find out his DNA doesn’t match the semen found on the bodies. Putting aside their differences, the policemen stick together so that their investigation is not hampered by local authorities.