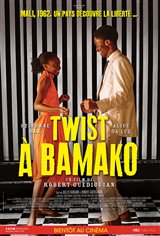 In the early 1960s, Mali became an independent country. Samba, a young man born in Bamako, the capital of Mali, travels the country with his team to spread his socialist ideas. During one of his trips he crosses paths with Lara, a fierce and determined teenager who was forced into marriage with the son of the village chief. Secretly climbing aboard Samba's jeep, Lara disembarks in Bamako and discovers a city where young people dance to the rhythm of "Twist à Saint-Tropez" and experiences a freedom she had never imagined. It is in this euphoric atmosphere that the idealistic militant and the teenager with dreams of emancipation fall madly in love with each other, despite her marital status.