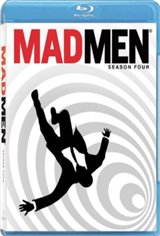 Don starts a new chapter in his life minus his now ex-wife, Betty. The new advertising firm suffers a rough start. His divorce has serious effects on him that involve heavy drinking and frequent visits with prostitutes. To make matters worse, Betty isn’t making it easy for him to see his children. Don takes a trip down memory lane and visits Anna Draper, but their short time together ends in surprising – and tragic – results. Pete settles into fatherhood, and Peggy’s personal and work life continues to evolve.

A sudden turn in events pushes Don back on track, and he cuts down on the drinking and attempts to have a proper relationship with a new woman. An unannounced hookup leaves Joan pregnant, and she tries to cover up the identity of the father. Don’s secret identity is slowly catching up to him, and the FBI starts to get involved. After the firm loses a big client, Peggy and Ken save the day by signing a new one. The season ends with Don’s sudden proposal to his secretary Megan, which leaves Betty slightly regretful.