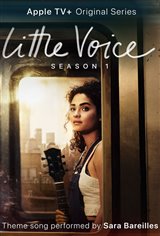 Bess King (Brittany O'Grady), a talented singer/musician/songwriter, doesn't have confidence in her own songs after a disastrous club appearance when she was heckled. She goes back to doing cover songs in public, but her friends try to convince her to believe in herself and give it another try.

Meanwhile, she works as a bartender in a club where others perform, and has to deal with her brother, who loves Broadway musicals so much that he escapes the group home where he lives with other mentally challenged adults to go and get an autograph from a performer he admires.

Featuring original music by Sara Bareilles, who co-created the series with Jessie Nelson.