Lepage au Soleil: At the Origins of Kanata 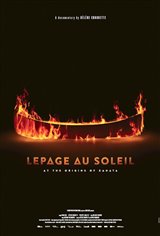 In the summer of 2018, a media storm erupted in Quebec in response to the presentation of "Kanata," a stage play based on the troubled relationship between Canada's Indigenous people and their colonizers. Although the play explored the plight of the First Nations, Lepage was accused of cultural appropriation and was forced to cancel scheduled performances. He was taken aback by the controversy, but the complaints were that the show was presented through the eyes of a white artist who also claimed to have been victimized. Lepage then took the time to speak with Indigenous consultants, but they felt their suggestions were ignored and on top of that, because French actors were portraying natives, the play was still met with criticism before going on to premiere in Paris.