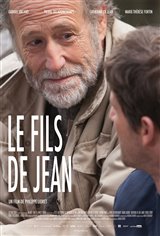 Parisian Mathieu Capelier finds out that Jean, his natural father, a Quebec doctor whom he didn’t know, has died. He also learns that his father had two sons with another woman. Mathieu, an only child, travels to Montreal to meet his half brothers. However, when he arrives, the young Frenchman is met by Jean’s best friend Pierre, who doesn’t want Mathieu to expose Jean’s secret to his half brothers. Mathieu learns that Jean died of a heart attack during a fishing expedition, but his body was never recovered. Pierre agrees to take him to the lake where the tragedy occurred.