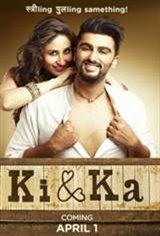 Kabir has no ambitions in life, doesn't want a career and his ultimate role model is his mother, a housewife. Kia, on the other hand, is an ambitious go-getter. Her career comes before everything and her biggest dream is to be a CEO. Their paths cross and an unusual friendship begins. Kabir feels they might be the perfect match.

So he proposes to Kia that they should get married, and that he would take care of the household responsibilities, while Kia can focus completely on her career.

They make quite a perfect match and slowly, the love between them blooms. A year later, a conflict arises between Kia and Kabir - one that can potentially shake the foundations of their relationship. Will Kia and Kabir be able to work out their differences?