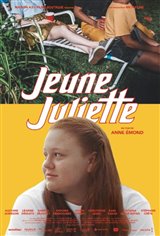 As rebellious as she is daring, Juliette, an overweight teen in her second year of high school, doesn’t care what other people think. Lacking in tact, she derides her single father for being boring, for his lack of ambition and his mediocre taste. Saddened because her big brother Pierre-Luc is moving away, Juliette dreams of going to live in New York with their mother, who’s a lawyer. But for now, as she prepares to finish her second year of high school, Juliette fantas about Liam, Pierre-Luc’s best friend; while her only friend, the patient and sweet Léane, is her sounding board and her partner in crime. Oblivious to the fact that she’s gained weight since her mother left, Juliette is rattled by insults about her , started by a male student at her school. The girl turns her anger and frustration on Arnaud, an autistic kid from her neighborhood, who has a few surprises up his sleeve.