I Am a Killer: Released (Netflix) 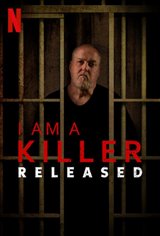 In this three part docu-series, we meet convicted killer Dale Wayne Sigler. Nearly 30 years earlier, when he was 22, he murdered Subway shop employee John Zeltner in cold blood. At the time, it was believed to have been a robbery that escalated. Having never shown remorse, Sigler was found guilty and sentenced to death. That was later changed to life in prison. After 29 years and five months, he was released on parole.

While in prison, he met Carole Whitworth, now 71, who became a mother of sorts. They exchanged hundreds of letters and met a handful of times. Upon release, he has to provide a permanent residence and asks Carole if he can stay with her. She agrees. While staying with her, he reveals his real reason for killing Zeltner, which he never revealed before or during his trial.