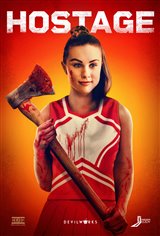 When she was 10 years old, Ashley (Nicole Henderson) was at home with her mother when a group of strangers broke in, threatening to kill them both. They give Ashley two choices, kill her mom and live, or die together. Ashley chooses the former, and the strangers take her in as their adoptive daughter.

In the present, Ashley meets a boy named Mark (Mike Cannz), and asks him to kill her adoptive mother. Things get messy, and chaos ensues when he breaks into the family’s house, only to find himself caught in the middle of their torment and twisted games. Ashley's loyalties are tested when the family begins to show the horrors they are capable of. In a matter of life and death, Ashley is left to decide which side she is on.