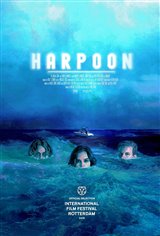 The spoiled 20-something son of wealthy parents, Richard (Christopher Gray) has uncontrollable anger issues. He's in a longtime, but rocky relationship with his girlfriend, Sasha (Emily Tyra), and when he jumps to the conclusion that his best friend, Jonah (Munro Chambers), is sleeping with her, Richard lashes out at him, leaving Jonah battered and bloody.

When Jonah and Sasha manage to convince Richard that no one is cheating, he tries to make up for his bad behavior by taking them out for a day trip on his family’s yacht. However, once they're out at sea, the yacht’s engine fails. Without food or supplies, tensions begin to boil over and murderous secrets are exposed.

Partially shot in Calgary, Alberta. Munro Chambers was born and raised in the Greater Toronto area.