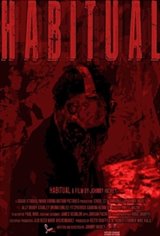 A disguised rave drug, a young group of party-goers, and a criminally insane mental patient bundle together on a hellbent trip to an underground rave called "The Habit", being held at an condemned lunatic asylum entombed on the North Shore of Boston.

Plans to party all night drastically morph into chaotic hallucinations of the rave being buried deeper and deeper within the mind-bending interpretation of terrifying abandonment.

Decrepit hallways and stairwells separate the group into a spiral of horrifying paradoxes, splicing nightmares into true consciousness. In the end, one person's insanity is the other's reality.