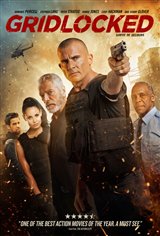 When Brody Walker (Cody Hackman), a self-indulgent young action star, punches a TV reporter while in a drunken stupor, he's sentenced to shadow a police officer as part of a community service agreement. That police officer is David Hendrix (Dominic Purcell), a veteran New York cop temporarily ordered to restrict himself to apprehending drug dealers and other delinquents after being wounded while working with a Strategic Response Team.

Initially, the two men seem incompatible. When David brings Brody to a secluded SRT post where he introduces him to former pals and the security chief (Danny Glover), they arrive just before a group of heavily-armed, determined mercenaries descend on the building in search of a highly sought-after something in the underground storage area. David, Brody, and a few SRT members are forced to fend off the mercenaries in order to survive.

Canadian Connection: Filmed in Toronto. The director and several cast members are Canadian.