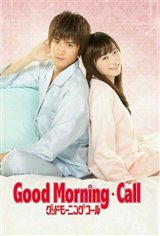 When Nao Yoshikawa's (Haruka Fukuhara) parents move to the country, they let her stay in Tokyo to finish high school. She finds her own apartment and is excited about living alone, but Hisashi Uehara (Shunya Shiraishi), her heartthrob classmate, shows up with a key of his own and says he's the real tenant. They realize they're going to have to share the apartment.

Uehara, who lost his parents when he was young, is a quiet boy who ignores the attention he gets from girls at school. Although he comes up with a number of rules for Nao, such as they should pretend to be total strangers at school so no one realizes they're living together, the rules prove impossible to follow. Despite Uehara's initial indifference, they begin to develop a close relationship.

Based on the manga of the same name by Yue Takasuka.