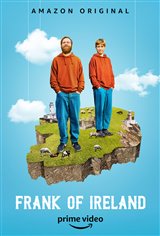 Frank (Brian Gleeson), 32, lives in Dublin with his long-suffering mother (Pom Boyd), who wishes Frank would just get a job and move out. Newly single, Frank considers music to be his career, even though he hasn't written a song or played a gig in years. His ex-girlfriend Áine (Sarah Greene) has just found a new boyfriend, and Frank is finding the thought of that a tad difficult to deal with.

Luckily, Frank has a loyal best friend, Doofus (Domhnall Gleeson), whose actual job is often compromised by Frank, who always needs him to clear the debris left in his wake.