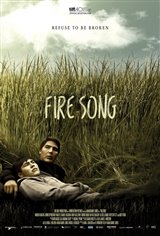 After his sister commits suicide, leaving behind a stricken mother and distraught community, Shane (Andrew Martin), a young Anishinaabe man, becomes unsure of his future.

He wants to go away to school, but he's having trouble coming up with the tuition money. Meanwhile, his girlfriend Tara (Mary Galloway) is planning to come with him when he moves, but she doesn't realize that Shane is gay and has been hiding his relationship with David (Harley Legarde-Beacham), the grandson of the community's leader.