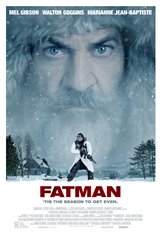 Chris, a.k.a. Santa Claus (Mel Gibson), is feeling discouraged about his business. Children don't believe in him anymore and he's starting to lose faith in humanity. To earn extra cash to keep his workshop going, he does a one-time job for the military.

However, when a wealthy and spoiled 12-year-old boy (Chance Hurstfield) gets a lump of coal instead of a present, he hires an assassin (Walton Goggins) to kill the jolly elf. When the hitman tracks down Santa, he's told that this isn't the first time a hit has been put out. Santa is armed and ready.