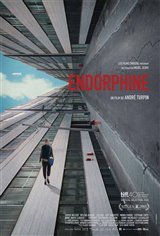 Twelve-year-old Simone’s parents share custody. One night after picking Simone up for a weekend, her mother makes a detour to her office. While Simone waits in the parking lot, she witnesses her mother being brutally murdered in the stairwell. At the age of 25, Simone, is studying mathematics and posting abstract photos on Instagram, while earning a living as parking attendant during the day. In addition to being haunted by visions of her past, she develops an obsession for her neighbor across the street, a young actress who has also noticed Simone. At 60, Simone teaches quantum physics at the University of Luxembourg and lectures on the perception of time, while trying to make peace with her past.