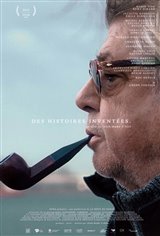 Since the release of his 1967 short film, Chronique Labradoriennes, André Forcier has earned a reputation as an exceptional filmmaker and a living legend in Quebec cinema. Evoking anecdotes and memories, Forcier, who also wrote the screenplays for Bar Salon and L'eau Chaude, L'eau Frette, reviews the major stages of his career.

At the same time, his films come to life again through reconstructions using some of his favorite actors, such as Céline Bonnier, Rémy Girard, Roy Dupuis, Louise Marleau, France Castel and Michel Côté.