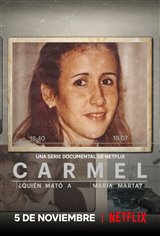 In 2002, Argentinian socialite María Marta García Belsunce was found dead in her bathtub by her husband, Carlos Carrascosa. There was a pool of blood on the floor. He pulled her halfway out of the bathroom and called emergency services for a doctor.

On the phone, he's heard calmly saying someone was found in a bathtub and had an accident. He tells the operator his wife's name only after he's asked, but keeps saying he's going to hang up. When asked if she's breathing, he says yes, but that she's unconscious. The tape of the call reveals people in the background saying that she's dead.

Later, he says he believed she slipped and hit her head on a floor beam, then fell into the bathtub. However, she was wearing rubber-soled sneakers on her feet at the time of her death.

When the police show up outside the gated community, Carlos asks that they not be allowed in. A metal fragment is found at the scene by her half-brother, who flushes it down the toilet. A death certificate is immediately obtained and on it, her relatives write the cause of death as being "non-traumatic cardiac arrest." She's buried soon after, but the prosecutor asks for an autopsy. What the coroner finds confirms that she was murdered.

Five bullets are found in her skull, and glue in found in several of the six holes in her skull, apparently in an effort to hide the wounds. When the septic tank on the property is searched, the sixth bullet is found. The blood of two men and a woman are found at the scene and her husband is put on trial in what becomes one of the most controversial criminal cases in Argentina.