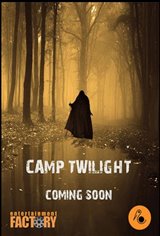 When they arrive at Camp Twilight, they quickly discover the camp's dark past. The park has a dangerous and notorious history, including several murders, and the students soon discover these stories are more than just urban legends. After a series of "accidents," the remaining group discovers they are being hunted and must stick together to survive.