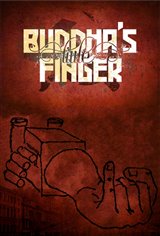 Pyotr Voyd (Toby Kebbell), an employed Russian poet, is arrested and captured by the KGB during the 1999 coup to take control over Russia from president Mikhail Gorbachev, known as the Soviet August Coup. During his interrogation and torture, he loses consciousness and finds himself back in post-revolutionary Russia in 1919. While there, he fights alongside legendary Red cavalry commander Chapaev and his machine-gunner Anka. He soon finds himself moving between time, from 1919 to 1991, and back again.