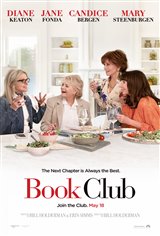 Born Erika Mitchell on March 7, 1963, British author E. L. James was raised in Buckinghamshire by her Chilean mother and Scottish father. She received a history degree from the University of Kent and went on to work as a studio manager assistant at the National Film and Television School in Beaconsfield. James married screenwriter/director Niall Leonard and they currently reside in west London with their two sons. Her most notable work is the romance series Fifty Shades Of Grey.

On her website, James wrote: “From an early age, I had dreamt of writing stories that readers would fall in love with.” Her passion for writing blossomed at an early age, and she was first introduced to fan fiction in 2009. Her initial pen name was "Snowqueens Icedragon," under which she wrote a Twilight Saga fan fiction called Masters of the Universe. This fan fiction was the inspiration for the Fifty Shades of Grey trilogy, with many of the characters from the fan fiction undergoing slight adjustments before making it into Fifty Shades.

According to The Guardian, the trilogy is "the fastest selling adult novel of all time.” The second and third installments were published in 2012. Over 90 million copies were sold worldwide and the series has been translated into 52 languages. Film adaptations of the three books, starring Dakota Johnson and Jamie Dornan, were box office hits.

James has also written two novels from Christian Grey’s point of view, titled Grey and Darker, which give further insight into the childhood trauma experience by Christian and how Anastasia's presence in his life helps him to finally heal.

The movie Book Club, released in 2018, was inspired by James' books and features the author and her husband in a cameo appearance.