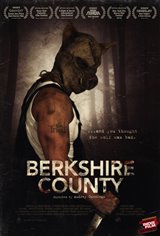 Bullied high school student Kylie Winters (Alysa King) is hired to babysit two young children on Halloween. one of them, a little girl named Phoebe (Madison Ferguson), tells Kylie she's frightened of monsters, but Kylie tries to allay her fears, telling her there are no monsters. That is, until the doorbell rings and along with a kid saying "Trick or Treat," a man in a wife beater tank top and a pig mask leaps out and attacks her. And he's not alone.

The night turns into a terrifying and violent game of cat-and-mouse, during which Kylie must put her fears aside in order to save herself and the children from the intruders.