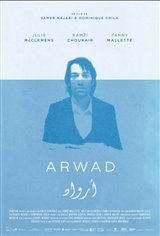 Following the death of his mother, Ali leaves Montreal to return to Arwad Island, off the Syrian coast, with his mistress, Marie. Despite the tranquil beauty of this paradise, Ali grows melancholy. He misses his two daughters, who live with his wife Gabrielle. Shortly before the death of his mother, the couple had experienced a serious crisis. One night, Ali mysteriously drowns at sea. Both his wife and mistress struggle to understand whether it was an accident or suicide.