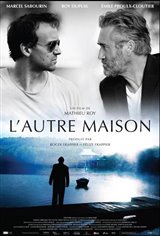 Eric, an apprentice bush pilot and recovering alcoholic, spends most of his time looking after his elderly father, Henry, who has Alzheimer's disease. In the family cottage by the lake, the young man and his girlfriend Maia have created a space where the octogenarian patient can move around without too much strain. However, he requires constant monitoring. This explains Eric’s resentment towards his older brother Gabriel, a war photographer who’s constantly on the move. When Gabriel makes a rare and short visit, he tries to convince Eric to put their father in a specialized institution, but Eric objects, demanding instead that Gabriel makes the choice to come and help their father live his last days in peace.