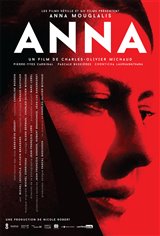 French-Canadian photojournalist Anna Michaud travels to Asia to investigate the plight of women who are the victims of human trafficking by the Triads. But Anna's investigation leads right into the trap she wanted to denounce. Kidnapped by the Triads, she undergoes several days of rape and torture.

Released and transported to a hospital in Montreal, Anna, her face marked by a long scar, tries to regain her footing, with the help of her friend Sophie. But after she leaves the hospital, she locks herself in her studio and sinks into silence and anger.