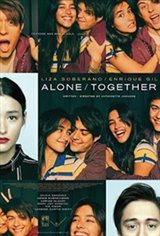 College sweethearts Christine (Liza Soberano) and Raf (Enrique Gil) meet again for the first time, eight years after their breakup. Christine, who once was an over-achieving art student, has become a failure while Raf, a guy nobody thought would be a great man, is now an esteemed doctor to the barrios.

As both now live a life different from each other, their reunion takes them back to their youth and the dreams they shared back in the day. From then on, familiar feelings start to resurface and they find themselves falling in love with each other again. Will they both be willing to risk what they currently have just to feel the bliss of being young again?