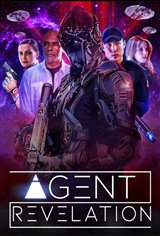 An ancient alien race landed on Earth 500,000 years ago, and brought along with them an ancient dust they call the Ash. The Ash has great power and is used as a weapon by the aliens, meant to control humans. When rejected CIA analyst Jim Yung (Derek Ting) comes in contact with the Ash, he's transformed into a super soldier, with superhuman abilities, who can communicate with the aliens.

When the aliens return to Earth, Alastair (Michael Dorn), the leader of a secret organization, becomes aware of Jim's newfound abilities and brings him to an underground facility to train for the fight against the aliens, who seek to control humanity.