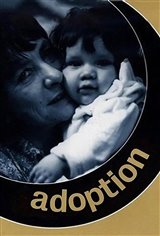 When middle-aged Kata (Kati Berek) realizes that her life will only be complete if she has a baby of her own, her longstanding-but-married boyfriend Joska (Laszlo Szabo) refuses to comply.

But by developing an unlikely friendship with the angst-ridden teenage orphan Anna (Gyongyver Vigh), who is also involved in a controversial relationship, Kata discovers aspects of herself, and her role as a woman, that have gone unexamined throughout her entire, lonely life.