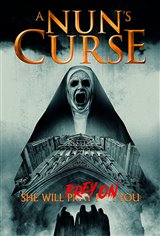 On a weekend away, a group of friends seek shelter in an abandoned prison, which was once home to a nun named Sister Monday (Felissa Rose). Sister Monday was suspected of murdering prisoners, but no one knows what happened to her.

Once the group steps inside the prison, they are terrorized by Sister Monday, who forces everyone to face their own demons. One of the members of the group, Ashley-Kae (Erika Edwards), recalls being haunted by horrific nightmares ever since she was little. In each dream, she was tormented by a creepy nun. Could Sister Monday have something to do with it?