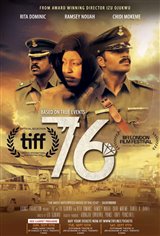 In 1976 Nigeria, during a military coup, army officer Captain Joseph Dewa (Ramsey Nouah) and his wife, Suzy (Dominic), are expecting their first child. Suzy's family doesn't approve of her marriage, because she and Joseph have different cultural backgrounds.

Joseph's fellow soldiers try to recruit him into a coup plot to assassinate General Murtala Mohammed, a key player in Nigeria's Civil War. Joseph resists, but the plotters set a trap for him, creating barriers of secrecy between him and Suzy. It's not long before Joseph is arrested, isolating him from his military brothers and his own family.